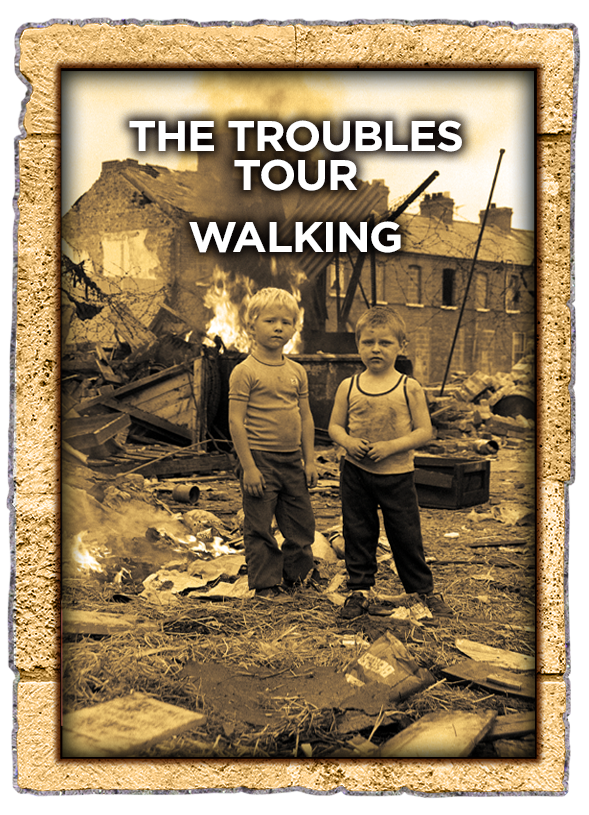 
Crumlin Road Gaol (known locally as ‘The Crum’) held prisoners since 1846 but took a leading role in the detainment of Republicans and Loyalists during the Troubles. Its connection to the Crumlin Road Courthouse and the introduction of interment without trial led to the highest prison population during its 150 years of operation. On your visit you to discover how internment, segregation and protests heightened tensions within the prison walls. As you make your way through the prison you will learn about the steps taken to combat this including special category status, criminalisation and self-segregation and how increasing tensions and continual attacks led to the decision to close the gates of ‘The Crum’ one final time in March 1996.

Walk in the footsteps of former prisoners through the infamous underground tunnel, explore the Circle and C Wing, view our newly renovated cells, these include the troubles cinema cell,  the escapes cell, along with interviews with former prisoners Jim McVeigh (former IRA) and Billy Hutchinson (former UVF), these interviews give our visitors a unique insight, not only to life in the gaol itself but also into the Northern Irish conflict. You will also learn the role of the security forces and see the modes of transports used by the British Army and RAF when they took to the streets during the Troubles. While on site you can view the Wessex helicopter, which was used during the conflict, you can also enter the sanger for a panoramic view of the Crumlin Road and surrounding areas. Don’t forget to explore our onsite Museum, which houses artefacts from the gaol, including prison crafts produced during the troubles.

This tour will allow visitors to visit both the nationalist republican Falls Road area with its spectacular murals on the world famous International Wall, and the unionist loyalist Shankill road, as well as the mural marking the historic hunger strike of 1981 which is dominated by the character and persona of Bobby Sands. Each leg of the tour will be guided by a former political prisoner from the area. This tour allows the visitor to see the British/Irish conflict from several perspectives, learning about everyday life in both communities. The joint Falls and Shankill political tour is an exploration of both republican and loyalist perspectives. It is also a personal tour because both guides will have played and keep playing a role for their community. This tour is perfect for those seeking to understand the roots of the recent phase of the British/Irish conflict and how it still impacts today’s life in Belfast.

– Walking tour of the Shankill area with a Loyalist ex prisoner

– Walking tour of the Falls area with a Republican ex prisoner

For groups of 10 people or more, please email our group booking team at [email protected] or contact their office on 02890741500