The tour will start and end at Crumlin Road Gaol. It covers approx. 3 miles and lasts approx. 4.5 hours. As this tour will run during all weather conditions comfortable shoes and appropriate clothing are recommended. We do not recommend the tour for children under 15 years old.

For more information on this experience, scroll down through our interactive map below or watch the video at the bottom of the page. 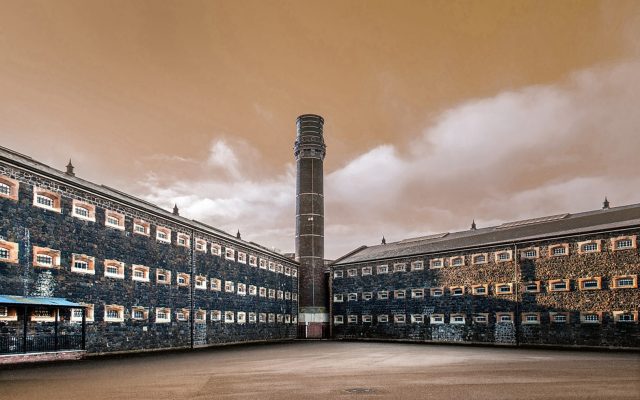 Begin your tour with a brief introduction to local history including pre-Troubles, the Troubles and the Peace Process. 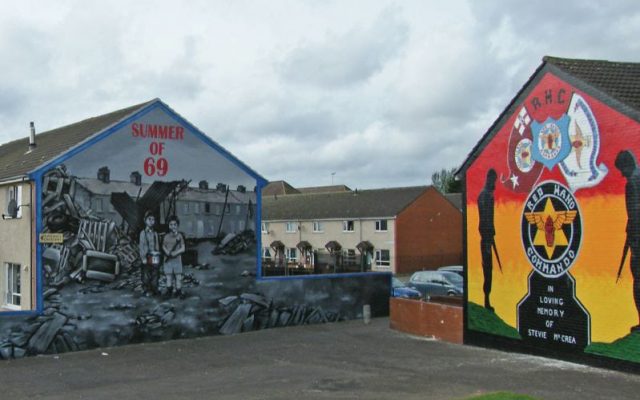 2. Walking tour of the Shankill with Ex-Loyalist prisoner

You will be led through the Shankill Estate and Shankill Road learning what it was like to grow up on these streets during the Troubles and gaining an insight into the views of the loyalist community. You will then proceed to the Shankill Memorial Park before making your way to the Lanark Way Peace Gate (Checkpoint Charlie) were you will be handed over to an Ex-Republican prisoner. 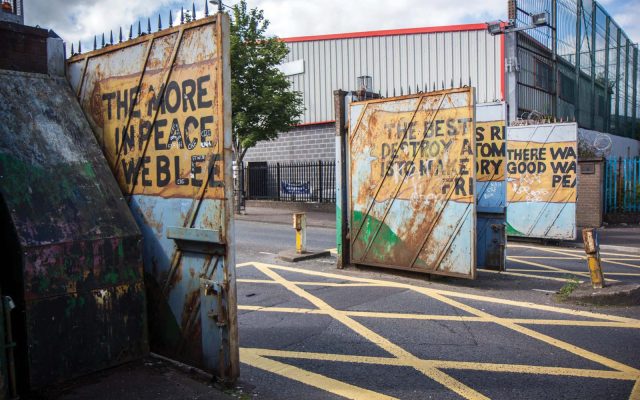 Experience the imposing structures which were designed to keep peace between the Catholic and Protestant communities. When at the peace wall make sure to write your message of peace using your gifted Troubles Tour pen. 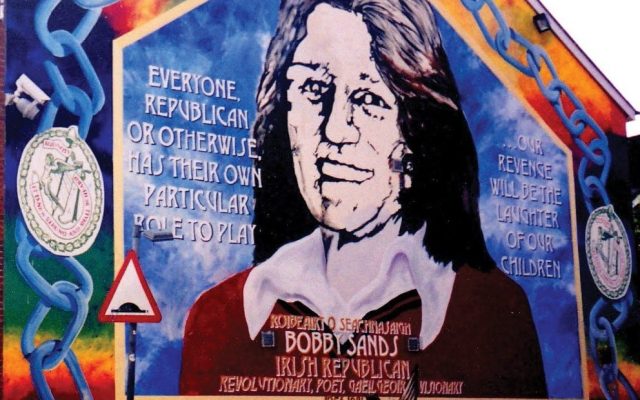 4. Walking tour of the Falls Road with Ex-Republican prisoner

As you walk down the Falls Road, you will not only learn about the history of the Troubles but you will also hear personal stories from the Republican community. Visit renowned sites including Bombay Street, Clonard Monastery, the Bobby Sands Mural, Divis Tower and the Republican Garden of Remembrance. 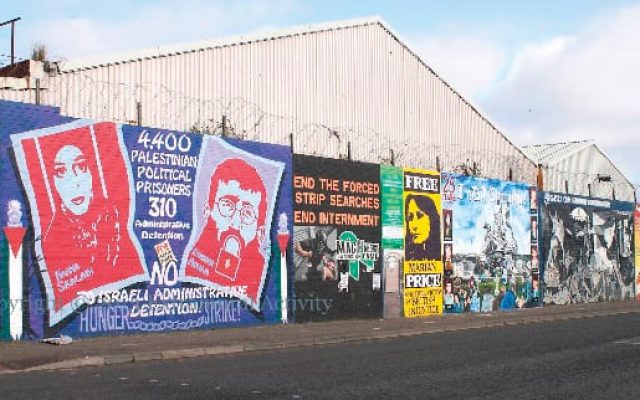 Experience the story of the Troubles through art on one of Belfast’s peace lines which has divided the Republican and Loyalist communities for over 30 years.

Re-fuel with a pint of Guinness and bowl of
Stew at Cuffs Bar & Grill located in the prison kitchen which was known as the Scullery.

7. The Troubles at Crumlin Road Gaol

Learn the role of H.M.P. Belfast during the Troubles and gain an insight into roles played by the security forces including the Prison Service, RUC, Crumlin Road Gaol British Army and RAF.

The Troubles AT Crumlin Road Gaol

We have created the Troubles at Crumlin Road Gaol for those of you who do not have 4.5 hours for the Troubles Tour.

This 90 minute experience will allow you to explore the role the prison played during the conflict in Belfast. The high security Crumlin Road Gaol (known locally as ‘The Crum’) held prisoners since 1846 but took a leading role in the detainment of Republicans and Loyalists during the Troubles. Its connection to the Crumlin Road Courthouse and the introduction of internment without trial led to the highest prison population during its 150 years of operation.

The tour led by expert guides will allow you to discover how internment, segregation and protests heightened tensions within the prison walls. As you make your way through the prison you will learn about the steps taken to combat this including special category status, criminalisation and self-segregation.

You will also learn the role of the security forces and see the modes of transports used by the British Army and RAF when they took to the streets during the Troubles.

Hear about how increasing tensions and continual attacks led to the decision to close the gates of ‘The Crum’ one final time in March 1996.

Some of what you can expect on 4.5hr Experience

We use cookies to ensure that we give you the best experience on our website. If you continue to use this site we will assume that you are happy with it.OkRead more