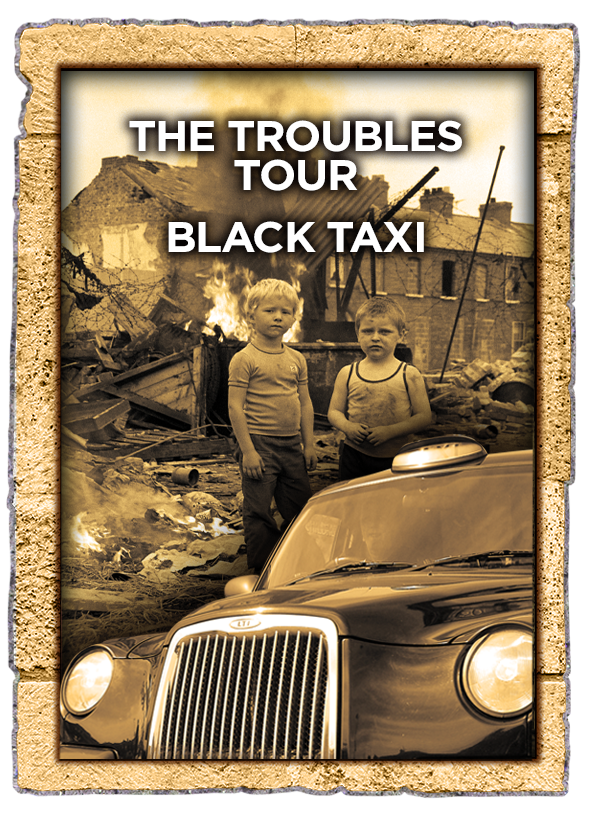 
Crumlin Road Gaol (known locally as ‘The Crum’) held prisoners since 1846 but took a leading role in the detainment of Republicans and Loyalists during the Troubles. Its connection to the Crumlin Road Courthouse and the introduction of interment without trial led to the highest prison population during its 150 years of operation. On your visit you to discover how internment, segregation and protests heightened tensions within the prison walls. As you make your way through the prison you will learn about the steps taken to combat this including special category status, criminalisation and self-segregation and how increasing tensions and continual attacks led to the decision to close the gates of ‘The Crum’ one final time in March 1996.

Walk in the footsteps of former prisoners through the infamous underground tunnel, explore the Circle and C Wing, view our newly renovated cells, these include the troubles cinema cell,  the escapes cell, along with interviews with former prisoners Jim McVeigh (former IRA) and Billy Hutchinson (former UVF), these interviews give our visitors a unique insight, not only to life in the gaol itself but also into the Northern Irish conflict. You will also learn the role of the security forces and see the modes of transports used by the British Army and RAF when they took to the streets during the Troubles. While on site you can view the Wessex helicopter, which was used during the conflict, you can also enter the sanger for a panoramic view of the Crumlin Road and surrounding areas. Don’t forget to explore our onsite Museum, which houses artefacts from the gaol, including prison crafts produced during the troubles.

Previously featured on British, European and US Television, this is a Belfast political mural tour where passengers get to explore and experience the famous West Belfast murals from the comfort of a Belfast black taxi or executive vehicle, with a local tour guide providing political and historical background information and local knowledge about the murals of Belfast and ‘The Troubles’ in Northern Ireland.  The tour finishes with a tour of Crumlin Road Goal “colloquially known as the Crum”, a former Prison situated in North Belfast and the only remaining Victorian era prison in Northern Ireland.

As you make your way along the Loyalist Shankill Road, Republican Falls Road and the ‘Peace Walls’ that separate them, the Belfast Mural Tour guide explains the history of each West Belfast mural and the stories behind the murals you see. This amazing transport-based tour of Belfast’s murals provides ample opportunities to stop, exit the vehicle, take photos and ask any burning questions about the tour. There is even the opportunity to sign your name on the world-famous Peace Wall, that has divided catholic and protestant communities in Belfast for years.

Book your Belfast Mural Tour and experience first-hand the raw side of historic Belfast City, and its colourful history, with local guides who have lived through the troubles and have many stories to tell. We are the only Black Taxi Cab Tour company in the city of Belfast that’s jointly owned by both a Protestant and a Catholic. This puts us in a highly unique position for giving all customers a fair and unbiased Belfast Political and mural tour, allowing passengers to hear both sides of the stories and events that we call ‘The Troubles’.