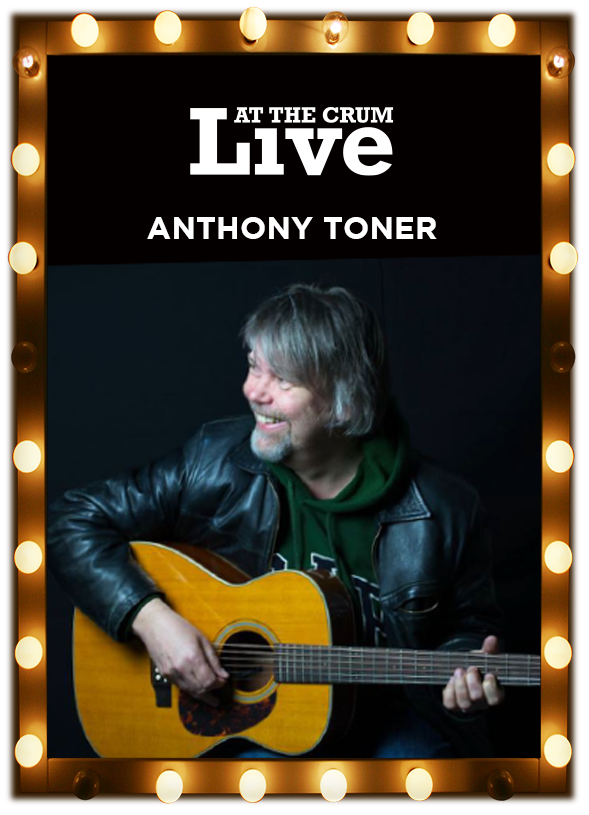 “Anthony Toner is a singer songwriter based in Belfast, Northern Ireland.

Famed for his engaging between-songs patter and his accomplished guitar playing, he is one of Northern Ireland’s most popular live acts, chalking up dozens of live shows a year as a solo acoustic artist, ‘In the Round’ with friends, and also on electric guitar, playing slide blues in the Ronnie Greer Blues Band. In each setting, his command of the instrument and his voice are pressed into service to deliver some of the finest lyrics you’ll hear in contemporary roots music.

He’s been described as ‘James Taylor meets John Prine in a secondhand book shop’, and that about captures his style – literate, warm, insightful and connected.”